The exhibits at ISEC, The InfoAge Space Exploration Center. 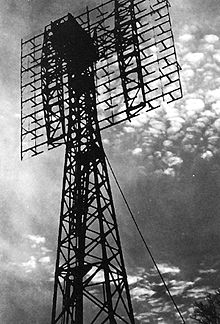 Exhibit 1. The SCR-271 antenna that was used during Project Diana to demonstrate that the ionosphere could be penetrated at VHF (very high frequencies) from the Earth and from above the Earth. It’s predecessor, The SCR-270 was retrofitted with a larger spring board and better transmitter. It was with this antenna that the Moon Bounce was achieved on January 10, 1946. With that success we could radio to communicate with spacecraft.

This site became known as the Diana Site after the history changing Moon Bounce. The team of Project Diana included Col. John DeWitt, E. King Stodola, Harold Webb, Herbert Kauffman and Jacob Mofensen.   Mathematician Walter McAfee correctly calculated any point on the moon from any point on the Earth.  His calculations made it possible to correctly compensate for the Doppler shift of radio waves from the Earth to the moon which led to the success of the Moon Bounce.  The success of the Moon Bounce led to the development of space exploration.

The exhibit also features the radio equipment used by Walter Morrison W2CXY, an amateur radio enthusiast who in 1959 constructed one of the few 1296 MHz stations that maintained communications using moon bounce techniques.  The transmitter and receiver displayed here were ‘home made’ by Walter Morrison with some help by the Eimac Company.  Mr. Morrison did not make the first moon bounce but he followed closely those who did.

The Diana Site is part of the InfoAge Science and History Museums and is now known ISEC, The InfoAge Space Exploration Center where the Moon Bounce is still in use. 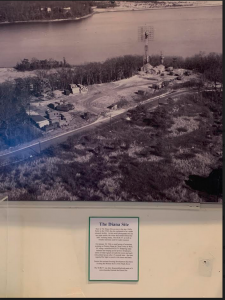 Exhibit 2.  The Diana Site in the late 1940’s and early 1950’s continued to be a radar research facility . In this aerial photograph one can see radar trucks, the tower that stands behind the building today, The SCR-271 as well as smaller antennas used for radar research. Notice the minimal housing development that there is along the Belmar shore of the Shark River. The SCR-271 was later disassembled.

Exhibit 3. Project SCORE ( Signal Communication by Orbiting Relay Equipment) was established by President Eisenhower to develop rocket technology. After the success of the Moon Bounce and the launch of Sputnik by the Russians in 1957, the space race began prompting quick development of machines that could orbit the earth and communicate. The United States’ first satellite, Explorer 1 was being built but our biggest challenge was developing the rockets needed to place satellites in orbit. We knew that the German V2, which was a terrifically successful guided missile, albeit terrifically destructive, could be a model for building great rockets. During Operation Paperclip the U.S.A. gave asylum to rocket scientists such as Werner Von Braun who helped build the V2 and could help us build better rockets. With the dissolution of NACA, The National Advisory Committee for Aeronautics on October 1, 1958, NASA, The National Air and Space Administration was established, ushering in a new age of space exploration.

50,000 years ago a giant meteorite traveling at 26,000 mph struck the desert floor forming a massive crater 0.74 miles in diameter and 550 feet deep, now known as Arizona’s celebrated Meteor Crater.  These amazing iron meteorites are part of the cosmic impact.  The ground-breaking meteor expert H.H. Nininger studied Meteor Crater for many years during the 1940’s and 50’s and found specimens miles from the site of impact.  Ancient Native Americans are also believed to have used and transported fragments of the meteorite, and may have regarded them as sacred objects which fell from the sky.  The crater is not a national park, but a privately owned feature.  a ban on meteorite hunting is now strictly enforced by the owners and specimens of this historic and important meteorite are difficult to obtain.  These pieces come out of an old collection and were legally collected before the ban.  Meteor Crater was the worlds first recognized meteorite crater and was also a training ground for Apollo Astronauts who went to the moon in the 1960’s and 70’s. 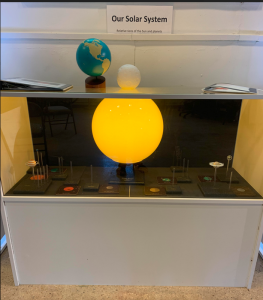 Our solar system consists of our star, the Sun, and everything bound to it by gravity — the planets Mercury, Venus, Earth, Mars, Jupiter, Saturn, Uranus and Neptune, dwarf planets such as Pluto, dozens of moons and millions of asteroids, comets and meteoroids.  This scale model gives a sense of the relative size of the planets in comparison to the Sun.