“NASA’s missions over the last 50 years has inspired a new generation of scientists, engineers and researchers”, O’Brien said. “Every aspect of modern life has been influenced by NASA’s work”

“Flying to the Moon: The View from the Apollo Guidance Computer” was presented on Sunday, January 29th at 2:00pm.

A flight to the moon is incredibly complex, but the basic concepts are surprisingly easy to understand. First, the basics of space navigation: “Which way is up?”, “Where am I?” and “Where am I going?” are explained in simple, intuitive ways. The second half of the lecture will explain in detail the steps the Apollo crews used to land on the Moon.

Frank O’Brien has been volunteering at InfoAge since 2003, and is a Solar System Ambassador for NASA’s Jet Propulsion Laboratory. He is the author of a very successful book on the Apollo Guidance Computer, and gives monthly lectures on all aspects of spaceflight.

The InfoAge Science/History Learning center is proud to have an Apollo Guidance Computer in its collection. 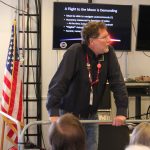 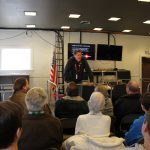 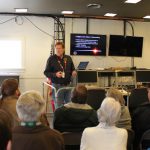 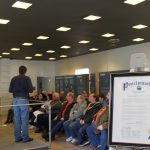 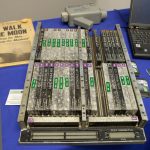 ISEC is an exhibit space and project of the InfoAge Science and History Museums.
Find out more at www.infoage.org